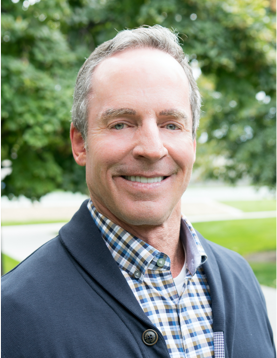 Mr. David K. Williams is the founder and chairman of DKW Ventures. He is a serial entrepreneur and executive who has led multiple companies to success, including the successful launch of Restore Cryotherapy’s first Intermountain West location and nearly 13 years as Chairman and CEO of Fishbowl, an industry leading manufacturing and warehouse management software company.

Mr. Williams was honored as one of vSpring Capital’s Top 100 Venture Capital Entrepreneurs in 2011, 2012, and 2014, and was also awarded the Excellence in Leadership Award at Utah Valley University’s Woodbury School of Business in 2014. In March 2017, he was named an Inc. Magazine Top 10 Global CEO, and in January 2018 DesignMatic named him one of the 20 Most Motivational Entrepreneurs Who Inspired Us in 2017. As the former CEO of Franklin Quest Canada and then Managing Director at the Covey Leadership Center, Mr. Williams is passionate about helping businesses succeed. He frequently speaks at leadership and business forums and other events and venues.

Mr. Williams has spoken at various university’s graduations and presents public workshops at chambers of commerce and university MBA classes. He currently serves on the Board of Trustees for Rocky Mountain University of Health Professions and on its finance subcommittee; he also serves as a board member for many private companies. Mr. Williams consults c-level executives in leadership and cultural development. He is the author of The 7 Non-Negotiables of Winning – Tying Soft Traits to Hard Results and is a nationally-recognized media personality and thought leader with a significant social media following. In addition, he is a frequent contributor to the Harvard Business Review online and the Entrepreneur’s Channel on Forbes.com.

Mr. Williams is also the founder of the Courage Above the Mountains (CAM) Foundation, a business incubator created to provide skills, insights, and support for businesses and individuals. The CAM Foundation is named after Mr. Williams’s son Cameron who passed away at the age of 25 from a rare form of cancer.