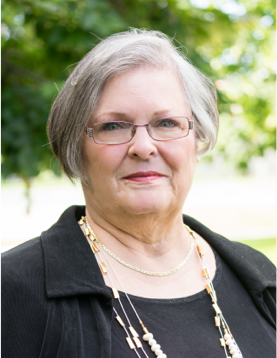 Ms. Harris is an independent educational consultant specializing in accreditation.

In 2015, Ms. Harris retired from the American Physical Therapy Association (APTA) after more than 20 years of service in the Accreditation Department, serving for 15 of those years as Director. In that capacity, she was responsible for the work of the Commission on Accreditation in Physical Therapy Education (CAPTE). During her tenure in this position, Ms. Harris oversaw the successful recognition of CAPTE by the US Education Department three times and by the Council for Higher Education Accreditation (CHEA) twice.

Prior to joining the staff at APTA, she was the Acting Chair of the School of Allied Health Professions and Director of the professional physical therapy education program at Northern Illinois University, where she was on the faculty for 15 years, during which time she served as a member of the Commission on Accreditation in Physical Therapy Education and as an onsite reviewer for the agency. Prior to her tenure as a faculty member, she practiced physical therapy for 10 years in Pittsburgh PA.

In addition to several other positions, Ms. Harris has served as President of the Association of Specialized and Professional Accreditors. She has also served on the CHEA Specialized/National Advisory Committee and recently completed two three-year terms on the CHEA Committee on Recognition. Additionally, she has served on numerous task forces for the Federation of State Boards of Physical Therapy.