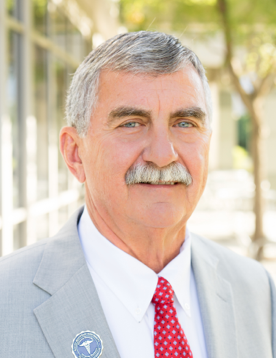 Dr. Michael Skurja currently serves as the Chair of the Rocky Mountain University of Health Professions (RMUoHP) Board of Trustees and the President of Wasatch Educational, Inc. He is one of the three co-founders of RMUoHP. From 1998 through 2018, Dr. Skurja served in numerous positions at RMUoHP including most recently the Executive Vice President of Operations and the Director of Continuing Education. In December of 2018, he retired from the University, with the exception of serving as the program director of the various electroneuromyography continuing education courses.

Prior to joining RMUoHP, Dr. Skurja’s career included twenty-three years in the US Navy as a clinician, educator and hospital administrator; he retired as a Captain in 1992. From 1992 to 2006, he was the owner of a private practice in San Diego specializing in electrophysiologic testing. He is also one of the two co-founders of Electrophysiologic Testing Seminars and the Institute of Clinical Electrophysiology.