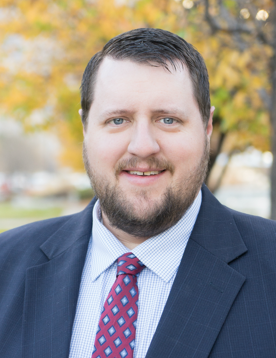 Mr. Richard Peterson received his Master of Business Administration from the University of Phoenix.

Mr. Peterson has worked in higher education for over 13 years in progressive responsibilities related to student record oversight and analysis, reporting, hiring, policy and process development, leadership, and academic administration.

He joined Rocky Mountain University of Health Professions in 2012 as the University Registrar. During Mr. Peterson’s time at the University, he has held increasing leadership roles and now serves as the Associate Vice President of Academic Administration. As Associate Vice President of Academic Administration, Mr. Peterson oversees several academic and student support areas, as well as serves on many university committees. Mr. Peterson and his wonderful wife, Lauren, have three handsome sons and one beautiful daughter. In his free time, he enjoys spending time with his family in the outdoors of Utah camping, fishing, hiking, and many other things.