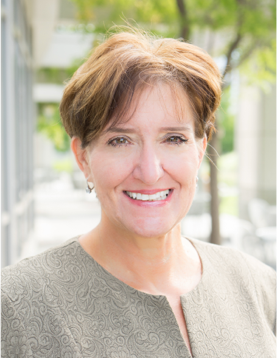 Dr. Pennington has a forty-year career as a registered nurse where she served in diverse roles in the clinical and academic settings. She holds a PhD in Nursing and a Master of Science in Nursing from the University of Kentucky in Lexington, Kentucky. Her doctoral study explored symptom appraisal in women with coronary artery disease. Dr. Pennington had a distinguished career at Berea College (Kentucky) where she held an Endowed Chair in Nursing position. After 18 years of service, she was granted a Professor Emeritus title on her retirement.

Before her full-time appointment at RMUoHP, she also established and served as the founding program director for the DSc in Nursing program and as founding co-director for the Doctor of Nursing Practice program. Dr. Pennington currently serves on the Physical Therapy Panel of the Commission on Physical Therapy Education (CAPTE) and has acted as a CAPTE’s peer evaluator since 2013. In addition, Dr. Pennington has been a NWCCU peer evaluator since 2014 and an observation visitor for Council for Higher Education Accreditation since 2019. She has also served on many University committees including the Administrative Board, the Finance Committee, the Executive Council, Academic Leadership Council, University Council, and Institutional Review Board. At RMUoHP, she has been the recipient of the University’s Presidential Award (2017), the King’s Peak Award (2020), and the Difference Maker Award (2015).

For the last five editions Dr. Pennington has been a principle co-author for the nursing pharmacology text, Abrams’ Clinical Drug Therapy; she has also co-authored critical care and another pharmacology text, and an emergency nursing textbook for nursing students. She has authored articles in peer-reviewed journals and has written multiple book chapters. Additionally, she has served as clinical consultant for nursing texts related to assessment and to critical care, and as a reviewer of several texts dealing with critical care and nursing in contemporary society. In addition, Dr. Pennington has extensive experience as an expert nursing witness in malpractice cases. With her interest in patient safety and medical error, she participated as a Salzburg (Austria) seminar fellow as a Mellon Grant recipient.

Dr. Pennington has a passion for assessment and strategic planning and has focused much of her career on data-driven decision-making at the point-of-care and in navigating the future of the professoriate. She serves as a consultant to the proposed Noorda College of Osteopathic Medicine in the areas of project management, accreditation, policy development, and strategic planning. Through her work as Chief of Staff, she works closely with the RMUoHP management team and organization to formulate strategic initiatives and goals to facilitate sound decisions under critical timelines.